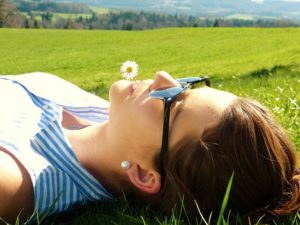 Alcoholics Anonymous (AA) is a group of people who come together to support one another as they all struggle with alcohol. The AA Twelve Step Program has been adopted and used by other substance abuse support groups, such as Narcotics Anonymous. AA members attend meetings and sponsor one another by leading each other through the twelve steps. A sponsor is the person an alcoholic can lean on when he or she feels tempted to drink. People released from rehab centers are often referred to AA, regardless of what substances they abuse.

A Sense of Community and Unity

Perhaps the most crucial reason that rehab participants are referred to AA is because of the supportive environment they can receive from their peers. AA meetings are places where addicts can speak candidly about their daily struggles. Having a sponsor is also important because it assures the addict that they are not alone in their struggles.

Though some alcoholics may frown at other substance abuse users’ involvement in AA, AA is often recommended for drug users. Alcohol itself is actually a drug. Abusers share many things in common, regardless of what substances they abuse. Drug addicts and alcoholics all tend to go through phases of denial and even outright lying about their addictions. Their addictions cause them to hurt loved ones and disrupt the abusers’ daily lives. Because addicts share all of these things in common, AA is a supportive place for addicts in general, regardless of what each addict abuses.

During rehab treatment, addicts undergo counseling. They are assigned to a licensed professional whom they can confide in. Though psychological counseling can be quite effective, using an additional treatment method is also a good idea. Addicts may find themselves confiding more to their AA sponsors than to their counselors, and this is because sponsors understand addictive behavior simply because they are addicts themselves.

In short, rehab programs recommend AA because AA gives the abuser a strong community of fellow abusers who can relate to abusive patterns of behavior. AA also provides a sponsor, who can offer support to the abuser in addition to the abuser’s group AA meetings and counseling sessions. If you are addicted to a substance or a behavior, contact a rehab center or join an AA group.

Seacrest Recovery Center is a licensed DCF and Joint Commission Accredited substance abuse treatment center. We utilize both traditional and holistic therapies and are comprehensive in our approach. By developing a individualized treatment plan for each of our clients, we are able to create a therapeutic environment that fosters physical, emotional, and spiritual growth and well being.

Made with ❤ for Seacrest Recovery Center